I had first saw the short clip on FB and had been wanting to watch this drama for some time. And yes, after starting the drama around yesterday late afternoon, I couldn't stop watching all 10 episodes and ended up chasing the drama till 3am this morning. Because, I just had to know the ending!

Story Summary:
Hiiragi is the homeroom teacher for Class 3A. He is generally disrespected and even kind of bullied by this students. 10 days before graduation, he gathers the class and announces that he has planted explosives all around and is going to take the entire class hostage. Over the 10 days, Hiiragi forces his students to think about what they had done and to face the truths that they had been denying.

[Spoiler (click to open)]
When I had first saw the trailer, the first thing that came into mind was 'Kokuhaku', which is this other Japanese movie about a teacher exacting revenge on her students for their part in her daughter's death. I love this type of genres, where teachers are against students or vice versa, like GTO or Kokuhaku.

And yes, that is basically how the story first developed. We find out that a student in their class named Reina had committed suicide a few months earlier, and that she was actually bullied/outcasted by her class shortly before her death. As the story progresses, we also discover that Reina was once of the top swimming athletics and was well-liked by her school and classmates. However, when a fake video of her doping started circulating on social media, she fell from grace and was bullied not only by the people around her, but also on social media where people criticized her relentlessly.

Hiiragi starts off by forcing those in school who are physically involved in creating the fake video and circulating the fake news to own up and face their responsibilities in contributing to Reina's death. But eventually, we see that he has deeper motives and his ultimate goal is to educate his students and the world to think about their words and actions on social media. Dying from cancer and with less than 1 year to live, his original motive was to investigate what happened to his girlfriend, a former teacher from the same school who suffered from mental problems after a fake video of her was circulated and criticized. But when he discovered that Reina was facing the exact same problem, he realized that this problem of cyber-bullying is a vicious cycle that could happen to anyone because keyboard warriors are not bothered to stop and think. So he creates a fake video as well, which first shows someone else as the potential murderer of Reina, and than he himself as the potential murderer, before declaring that the video was fake all along. With nothing more to lose given his state of health, he makes himself the ultimate villain/anti-hero who successfully trolls the trolls and keyboard warriors.

Coincidentally, currently in Singapore, there is a video circulating online which is causing lots of hype among the keyboard warriors and trolls.The video shows a woman with her friend running to board an mrt. The friends manages to board before the door closes, but the woman misses her chance. The woman then proceeds to pry open the doors and eventually succeeds in boarding the train. She is criticized by commenters for being kiasu, gancheong and selffish for causing potential delay, danger to the other passengers and damage to the train and platform doors.

Just one day later, someone claiming to know the woman, posts that the woman was pushed to desperation as she was chasing her autistic sister who had boarded the train before her. Online news distributors and people started apologizing for their previous comments, some posting that they were ashamed for their previous insensitive comments and that people should be more understanding towards families with autistic members.

1 or 2 days just after the second post, someone who claims to be the daughter of the woman posts again, that the second post was a hoax. And that there were no autistic aunt that her mom was chasing. Her mom was simply in a hurry, and their family was deeply sorry for the entire episode. A total new turn of events, I think by this point, no one dared to say much anymore.

I still have no idea which part of the story is true, and which are fake news. I'm not bothered to find out either, maybe all the posts were fake. But this shows exactly how different perspectives and contexts change how people view situations. And how keyboard warriors, and the general common public online love to criticize before they even attempt to seek the truth. Because you are not held responsible for anything you say online, and it's easy to hide behind the shield of the screen.

And this was exactly what Hiiragi was trying to point out in the drama. Except he decided to bomb up the school and take his entire class as hostage in the process.

The ending was painful to watch. Because realistically, we all know that no matter what Hiiragi or anyone similar to him attempt, the cyberworld and the general world will always have bullies and trolls who just love to see the world burn. There will always be cyberbullying, because it's so easy to get away with and the sense of responsibility is diminished when everyone does it together.

But Hiiragi is hopeful. He knows that he can't change the entire world, but hopes that what he does will change at least 1 person. And that eventually more and more people would take more responsibility in their words and actions in this growing cyber world where everyone can hide behind their screens. As per what Hiiragi had been saying since the first episode - Just think. Sometimes all you need is to just stop and think whether it is necessary to say hurtful insensitive things to people online, especially when you only know one perspective of the story.

Fangirling
I guess it's been a very long time since I had watched any newer Japanese dramas or movies. So I actually didn't recognise most of the cast, including Masaki Suda who was casted as Hiiragi. It was probably around mid series than I started wondering what other shows he had acted in... and then realised that he was actually Shimpachi in Gintama's live action movies!!!!

I really like him as Hiiragi in Mr. Hiiragi's Homeroom, so I'm definitely going to start watching more of his dramas and movies. 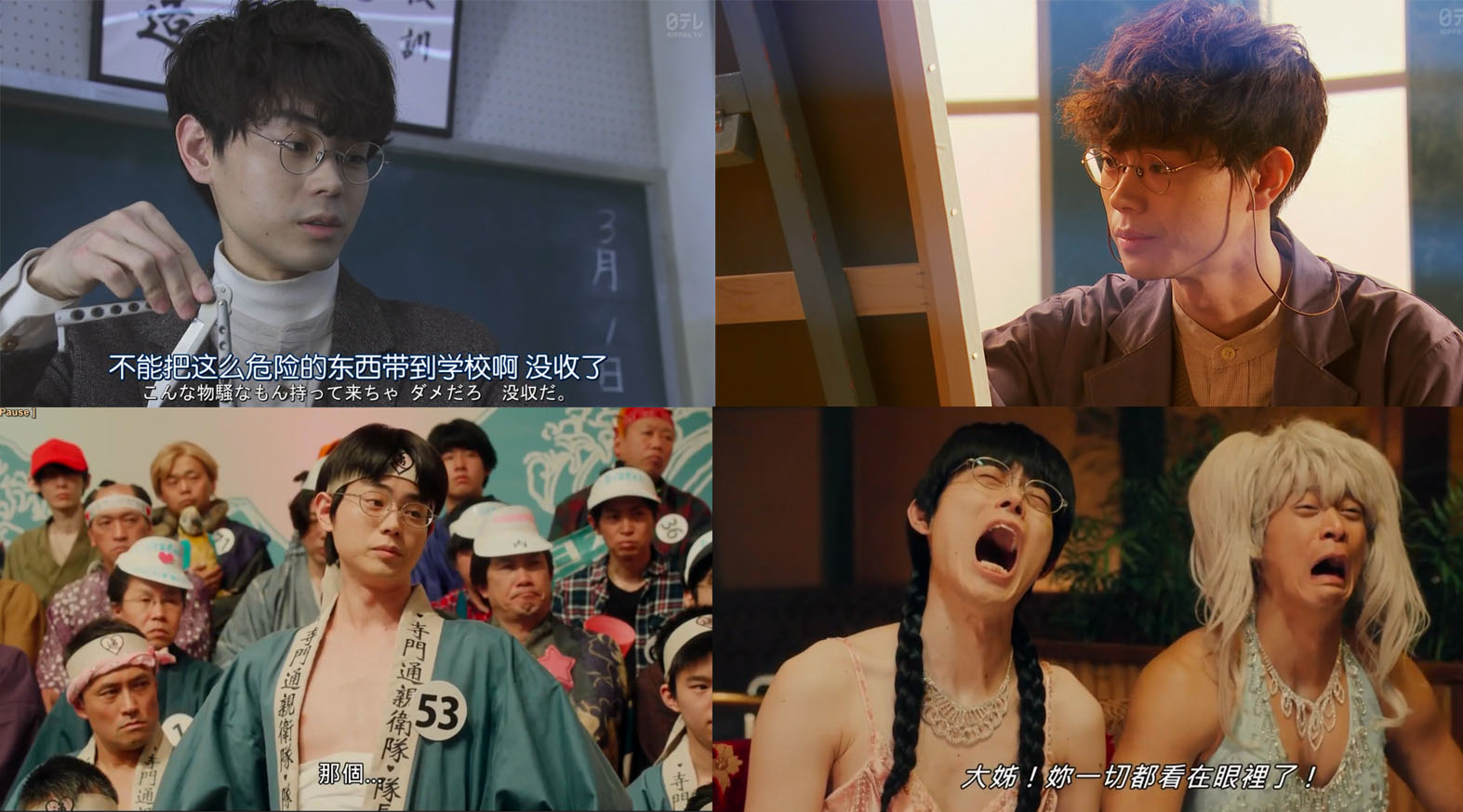